The design of induction furnace inductors / Inductor is designed to create an alternating magnetic field of a given intensity, and is also an important element for fixing the crucible, keeping it from shifting when the furnace is tilted to drain liquid metal. Therefore, the design of the inductor must meet not only the electrical requirements, but also the requirements of mechanical rigidity and strength under the action of forces seeking to move the crucible.

The inductor is made of a copper tube with a special profile (Fig. 1). This is necessary in order to ensure minimum electrical losses; place on the length of the inductor the estimated number of turns; Pass the estimated amount of cooling water through the living section of the tube opening. 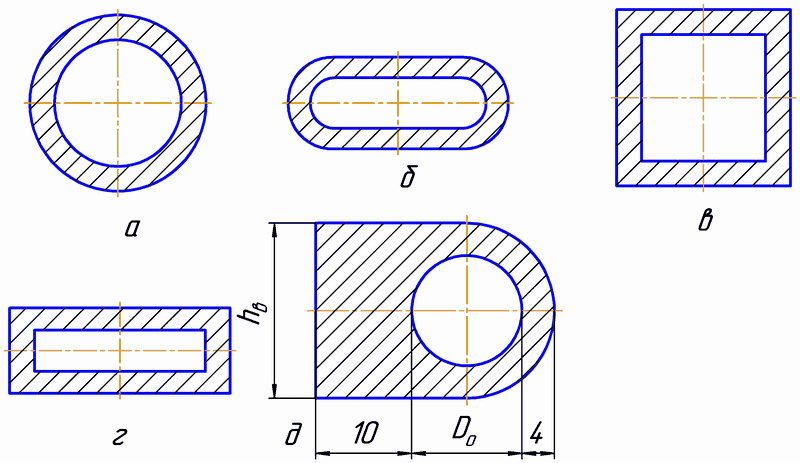 Profiling of copper pipes, in addition, reduces the average gap between the inductor and the metal to be melted (see Fig. 2) and slightly increases the electrical efficiency. inductor-metal systems. 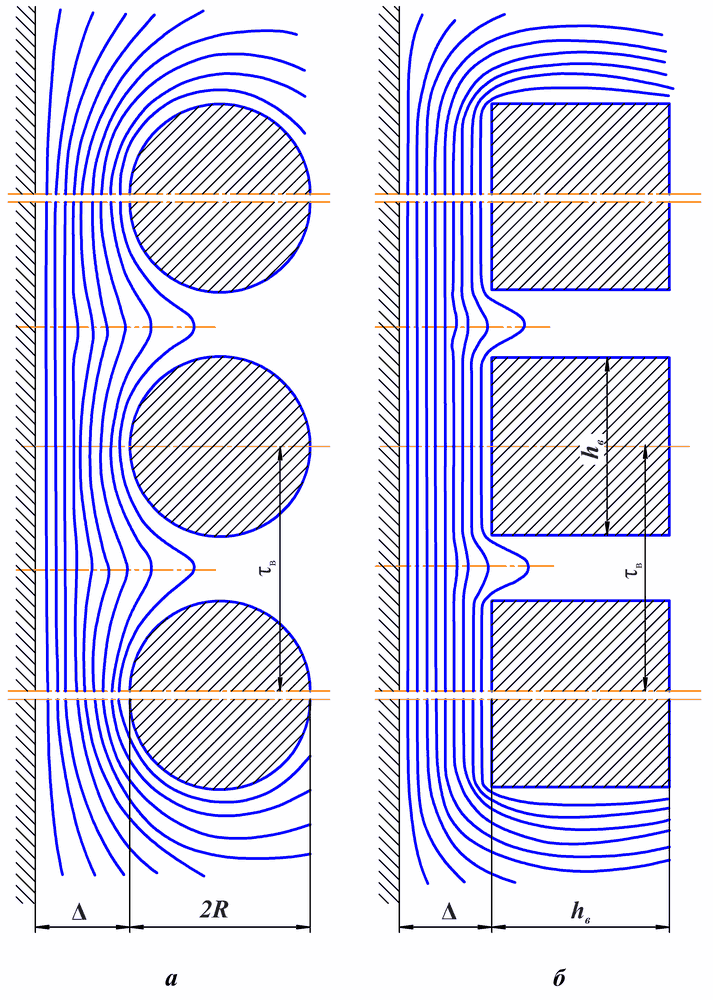 Image2. The location of the magnetic field lines of the multi-turn inductor, made of: a – round conductor (D = 2R); 2 – rectangular conductor (hv = 2R); (According to GI Babat)

The inductor is a cylindrical coil formed by either a spiral-wound copper tube with a constant angle of inclination (spiral winding) or flat coils interconnected by short inclined sections of the tube (winding with transition). The advantage of the first design is the ease of winding the inductor. In the second case, although the manufacture of the inductor is more complicated, the ends of the inductor turn out to be flat and it is structurally simpler to fasten them between the coupling plates. Types of induction furnaces look here.

Mount the inductor can be done in two ways:
1. Each coil of the inductor is welded to or welded to the tube with a few studs or bolts made of brass or stainless steel, attached independently to vertical insulating (for example, asbestos-cement or glass-cloth textolite) racks, which are at the same time fasteners for the crucible. With such a mounting structure, the turns of the inductor can be non-insulated (the role of electrical insulation is performed by an air gap between the turns equal to 1-2 cm).
2. All coils tightly squeeze between the two plates (of insulating material) and fixed with vertical insulating racks that prevent the turns and crucible from moving when the furnace is tilted. With such a mounting structure, the coils of the inductor are insulated with micanit gaskets, glass tape or coated with an insulating compound (minimum thickness of 1.5 mm, providing a voltage of 1 mm of insulating gap from 10 to 40 V).

This article was taken from this source.