The quenching of aluminum parts in liquid nitrogen is the goal in which the effects of cryogenic quenching media on the distortion and mechanical properties of parts made of aluminum alloys are studied.

Samples of alloy D16AM after heating to 500 ° C and holding, depending on the thickness, were quenched in liquid nitrogen. Heated samples in air quenching units. To reduce evaporation, liquid nitrogen was poured into a double-walled tank. For comparison, the samples after heating were cooled in water at 20 ° C, in boiling water and in air. After quenching and natural aging, the degree of warping was determined and the mechanical and corrosion properties of the samples were investigated. Sheet samples of alloy D16AM had dimensions of 500 × 140 × 1.2 and 300 × 30 × (1 ÷ 5) mm.

Thus, the distortion of samples quenched in liquid nitrogen decreases by more than 30 times. Such a significant reduction in warping during quenching of aluminum parts in liquid nitrogen compared to quenching in water is explained by various mechanisms for cooling the part [1, 2].

The cooling rate of any material depends on the heat capacity of the cooling fluid. When cooled in water, it evaporates unevenly on contact with the part; as a result of the speed
heat transfer between the parts of the part in direct contact with water and the neighboring areas – in contact with water vapor – is not the same. Different cooling rates cause unequal compression of the material during quenching and quenching stresses and, as a result, deformation of the material.

Liquid nitrogen has a lower heat of vaporization than water. So, if for water the specific heat of evaporation is 539 cal / g, then for nitrogen it is 47 cal / g, that is, about 10-11 times less.

Consequently, the stage of formation of a gaseous burning jacket in quenching in liquid nitrogen is not interrupted, as a result of which uniform cooling of the surface and the section of the part is achieved throughout the entire cooling cycle, which predetermines the production of parts with minimal deformation.

Study table for quenching in water and liquid nitrogen 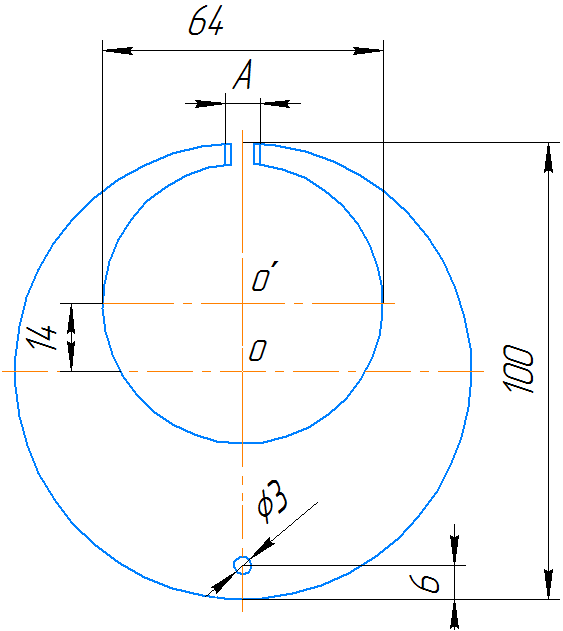 Image1.French ring after the cut.

The residual deformation of aluminum alloys, hardened at different rates, was determined on French rings (Fig. 1), cut from a clad sheet 5 mm thick, alloy D16AM of one heat. The magnitude of the deformation was determined by changing the distance A between the risks after cutting on a milling machine with a slit width of 2 mm. The initial value of the distance between risks A was 10 mm. Samples after heating at 500 ° C and the necessary exposure was cooled in water
at 20 ° C, in boiling water, in liquid nitrogen and in air.

Ten rings of French were cooled in each medium. The average values ​​of deformations after cooling in various media are shown in Fig. 2 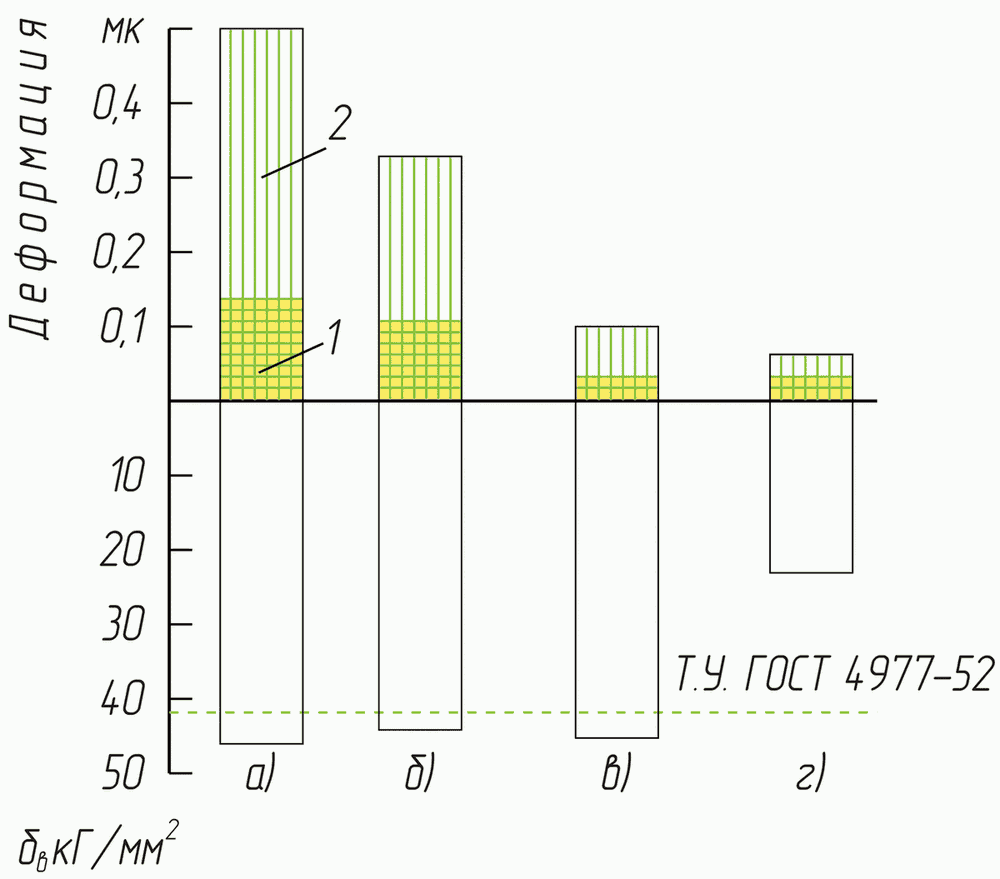 Simultaneously, stress corrosion studies were performed.
and intergranular corrosion of samples quenched in liquid nitrogen and in water at 20 ° C. In the study of stress corrosion, loop-shaped samples were clamped in a device and kept in a 3% NaCl solution for 3 months. After such tests, no cracks were found on the samples. There were no signs of intergranular corrosion in clad samples placed for 24 hours in a solution [30 g NaCl + 10 ml HCl (specific gravity 1.19) + 1 l water].

In the microstructure of the samples quenched in liquid nitrogen and in water, uniformly distributed particles of the undissolved second phases are visible, the grain boundaries of the α-solid solution are clearly outlined, but after quenching in liquid nitrogen, the grains are slightly enlarged.

After quenching in liquid nitrogen, the panel had no warping, and the panel, hardened in water, had warping, which was difficult to fix by straightening.

Conclusion. Hardening of thin-walled parts made of aluminum alloys in liquid nitrogen at -196 ° С makes it possible to reduce distortion to a minimum without sacrificing strength and corrosion resistance. For parts with a cross section of up to 5 mm in alloy D16, strength characteristics that meet the requirements
GOST can be obtained by quenching in liquid nitrogen.